Internet marketing events are a great place to learn and to meet people at various skill levels. These events are also an incredible opportunity to network. Networking at Canada Marketing Summit during the four days from Thursday to Sunday was one such opportunity.

The chance of Meeting and chatting with people like Lee McIntyre, Maritza Parra, Mark Victor Hansen, Scott Rewick, Austin Walsh, Anthony Morrison, Colin Wiebe, Jeff Mills, Riel Roussopoulos, Jason Bax, Jeff Vacek and 5 other great individuals, in addition to hearing their live presentations, is something that cannot be done over the internet and that any aspiring internet marketer should aim at experiencing.

I wasn’t kidding in Succeed Online By Networking At Internet Marketing Events when I said that I was going to take every opportunity to attend and network at live internet marketing events and write about them on my blog.

Canada Marketing Summit was by far the best event that I’ve attended so far.

I must admit that I knew very little or nothing about most of the speakers prior to the event with the notable exception of Lee McIntyre. Learning that he’d be there was an extra incentive for me to be present.

I will post two more videos of Lee McIntyre telling his story below but before I do that let me tell you that All the speakers that I mentioned above and the 4 presenters I haven’t mentioned yet: Dan Lok, Marias Gudelis, Rick Raddatz and Jennifer Hanczel were all fabulous.

All four days of this live internet marketing event so aptly named Canada Marketing Summit (at least half a dozen of the speakers are Canadians) were jam-packed with great information, outstanding speaking performances and intensive networking and fun. 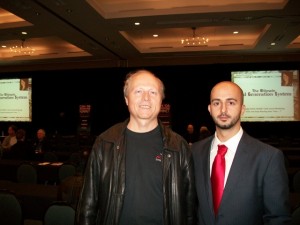 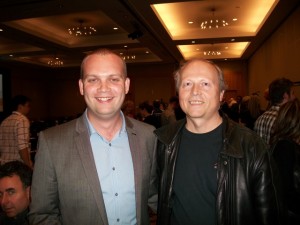 Maritza Parra with Vance Sova to her right 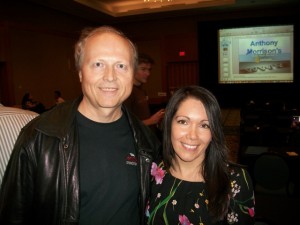 Mark Victor Hansen with Vance Sova to the right 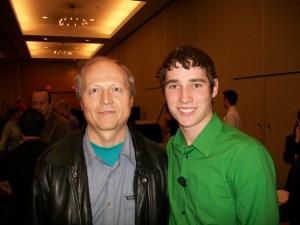 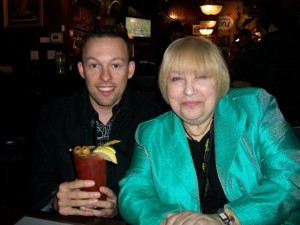 In addition to great content from speakers like Lee McIntyre which you can see a small sample of on the above videos there was a great time to be had meeting and networking with everyone attending the live event.

It’s important to get out of ones shell and take the initiative first to introduce yourself to as many people as possible. I did a much better job now than at the previous significant and big internet marketing event I attended last January. Having said that, there is still a lot of room for improvement.

After the first day and the first four speakers and a two hour break there was a networking warm up party free to all participants which provided an additional chance to network and have some fun. You may want to watch the video below which will give you an idea of what the evening was like.

Who is Spandy Andy on the video above? Spandy Andy is a bright young Vancouverite. This is what he says about himself:

“I love to entertain. Making people laugh, smile, or even give me a bizarre stare, is so fulfilling…By being Spandy Andy I put myself out there to show the world you don’t have to be afraid.”

After the last speaker of Canada Marketing Summit finished speaking, the networking with the attending internet marketers wasn’t over yet.

People hung around or went to a nearby restaurant or a pub to share their impressions, thoughts and ideas about their next moves and plans.

And after 7 p.m. there was an optional dinner and entertainment party and more networking and fun at the hotel ballroom which many speakers and the internet marketing event attendees took part in.

I got to meet with Lee McIntyre again and we had a chat while drinking beer. I met other people and spent fun time with Jit Uppal and some new and old friends.

Now it’s your turn to make a comment on this topic of internet marketing events, this particular event and the videos.

What appeals to you the most about internet marketing live events?

Which IM event have you attended most recently and which one if any do you plan to attend next?

What video on this page did you like the best?