Like Plugins For WP That Won’t Work In Some Places

Will The Plugin Work?

I’ve had more than enough problems with WP plugins. They can happen at any time but especially when there is a WP update and the plugin is not updated to work with the new WP version and stops functioning properly.

Sometimes it continues to function and does what it was created for but it can interfere with other functions of your site that have nothing to do with the function the plugin was intended for.

For example I had a plugin for Google Analytics which after a WP update disabled the setting of my site which allowed links to open in a new window. After that WP update all links were opening in the same window in spite of the WP settings to open in a new window. After deactivating and deleting the offending plugin the problem was solved. But it was a long and hard time to find out what was causing the problem.

Plugins for WP are a two edged sword.

Plugins of course can do an incredible amount of good and are of great help. But sooner or later they are very likely to create problems. The recent one is one that I haven’t been able to solve yet. Nothing I’ve tried so far worked. That includes about 20 to 30 minute chat with a WP specialist company’s wizard. All his ideas and suggestions were unhelpful. The last thing he suggested was that I subscribe to their paid service and that they would solve the problem for me. Needless to say, I didn’t pull out my credit card.

So what is the current problem I’m experiencing with a plugin now?

I’ve tested so many like plugins and none of them seems to work properly now.

One worked initially until I used its settings to exclude the like button from the home page and a couple of posts.

The exclusion worked but it became permanent. When I wanted the like button to show in the places where I excluded it from, there was no way for me to do it. In the settings it failed to show the 3 places from which it was excluded so I couldn’t put the settings back to having the button show on the home page and the couple of posts.

I thought that by deactivating the plugin and installing a different like plugin the problem would be solved. But alas, it was not. In spite of making sure that the settings don’t exclude the home page and the posts which were disabled with the previous plugin, the like button still wasn’t showing in those places.

My next step will be contacting the creator of the like plugin I have installed now to see if they can help.

If they do I’ll be sure to let you know. If I find a solution to this I’ll write about it here, updating this post.

Please comment and share your views on this and on WP plugins in general. What issues have you encountered with WP plugins?

Taking Surveys On The Internet And Getting Paid For It

Companies Are Willing To Pay People Like You To Take Surveys

People are always looking for ways to make extra money. Most things that pay require you to have skills that take a lot of time and effort to learn. That is also true of internet marketing and it doesn’t matter what some people say about it, it takes a long time to learn all the skills to make any money doing internet marketing.

Is there any quick way at all to earn money? I never believed that there was. But a trusted friend told me the other day of one exception which I am checking out now. You may want to have a look into it as well.

Have you ever heard of taking paid surveys on the internet before? There is one right now that takes less than 10 minutes. I think it pays very good money for the short time spent.

If you want to take it, click on the banner below. 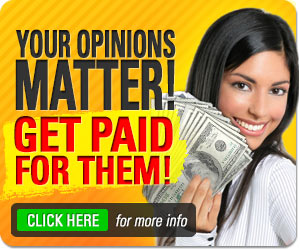 Maybe you’ve even tried to take some surveys before, and didn’t make any money.

My friend who tried different ones says that unless you know the correct paid survey companies to work with, you will never make good money.

It’s not so surprising that big companies around the world need people just like you and me not only to buy and consume their products but also to hear your opinion about their product. What is surprising is that they are willing to pay you for your time giving it by taking surveys.

You may want to start taking paid surveys. Find out more by clicking on the banner below. 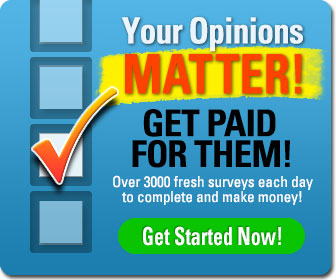 Let me know what your opinion is about taking paid surveys in the comment section.

Did You Care About Google Page Rank?

I was told and read that Google page rank was very important since it was a mark of approval by Google and kind of a mark of trust and mark of any website’s importance. So I cared very much about my Google page rank. The best page rank I ever achieved was 4, which I thought at the time to be a great achievement. For no apparent reason in time it turned into 3 and eventually into 2.

The first time it went down it was devastating to me. I never figured out the reasons for it. At that time I was posting regularly and I had a significant number of engaged readers. When it went down to Google page rank 2 I kind of stopped caring about it that much but it still was on my mind. No matter what the secret algorithm and the way to arrive to the page rank Google used it was always changing and it never made much sense. When Google got rid of the page rank altogether it kind of confirmed what some people were saying for quite some time and what I began to suspect: Google page rank never made any sense, it was never a true reflection of the importance and trustworthiness of any website and therefore it should have never been created or abolished long time ago.

Should I Write A Spider Bite Book?

It’s been a long time, more than a year, since I posted on this blog. I apologize to everybody for that, especially those who have been my regular readers. I do have a pretty good excuse though, which is being incapacitated for more than a year. In fact I could have died as several people I know of who suffered brown recluse spider bite did die because of it.

What I really would like to know from everybody reading this article or post is, if you think I should write a book about the brown recluse spider bite and what I went through as well as what I have learned about these spiders and their bites and how powerless doctors generally are in trying to help the brown recluse spider bite victims. Write your comments about what you think I should do. Should I write the book or not?

From what I have learned through researching the success of books on similar subjects, I’m not going to make any money from that kind of book. Most likely nobody will buy it. People are more likely to buy things which they think they can profit from like what’s offered if you click on the banner below:

Would you buy my book about the spider bite and everything I learned connected with such a bite?

If many of you will comment that I should write such a book it may persuade me to write it as was my intention before doing my research into a possible demand for it without getting your opinion.

I do have some horrible pictures of the spider bite wound which would be published in the book too. I’m reluctant to post them here or anywhere else in case I do write and publish the book.

Have a look at two videos below showing what the spider bite wound looks like now and what it looked like 7 months after the bite:

My foot with Brown Recluse Spider Bite Wound After 21 Months:

My foot with Brown Recluse Spider Bite Wound after 7 Months:

I think you can get a taste of how horrible the bite was and how it was affecting my ability to do anything, let alone doing something creative like writing blog posts. The first year after the bite I couldn’t walk without crutches and the first fourteen months I couldn’t walk without a medical boot. It was only after 14 months since the spider bite that I could barely walk without a medical boot. I was then able to squeeze my bitten foot into a wide type of a running shoe. When I did that the foot would swell and kind of overflow out of the edges of the running shoe. I couldn’t remove the shoe, for fear of not being able to put it back on during the day later, until getting home at night and then my foot would have a ridiculous shape after getting it out of the shoe which wouldn’t go away until I got up after a night’s sleep.

Go to the comments section now and let me know what you think about it and if I should write a book about the brown recluse spider bite I suffered and everything that I learned about it and from it.